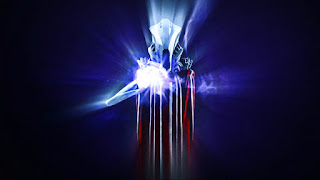 XCOM 2 is, unsurprisingly, the sequel to Firaxis' stab at an X-COM game. What is surprising is that it's a massive leap forward in quality.

It's also, strangely enough, far more poorly-documented than its predecessor by the wider internet, particularly its expansion of War of the Chosen. Between this and the massive leap in quality, I ended up producing a much greater level of detail in my posts than I was expecting to going in; there's a lot to talk about, and I can't skip over the foundations by pointing people to UFOpaedia or the like.

This is the index for all that jabber.

It would be a mistake to leave mods entirely out of discussion about XCOM 2; it has official support for them, and to this day the modding scene is still fairly lively. These posts are off to the side of the actual analysis posts and don't require reading other posts to get their core value, so I'm presenting them at the beginning even though that's out of order because it's more convenient to find them that way.

Essential quality of life recs. A set of mods for War of the Chosen that improve the UI, primarily. War of the Chosen's UI has a lot of decisions that are okay enough in the context of the base game, but are frustratingly inadequate in the context of all the new things going on in War of the Chosen. XCOM 2 also has a few UI decisions that are just... bad in the first place, like having the damage preview show the maximum damage a given attack can do, instead of the minimum, making it easy to jump the gun and take risky shots you're thinking are completely safe.

Intro post. In which I basically talk about how I was pleasantly surprised by XCOM 2 actually being pretty good.

Classes per se, as well as several elements strongly tied to classes, like the Guerrilla Tactics School.

Base-game Ranger analysis. This also delves heavily into Concealment, and touches on the experience 'leaking' mechanic.

Base-game Specialist analysis. This touches on the hacking mechanic, unsurprisingly, as well as touching on Unconsciousness.

Psi Operative analysis. I didn't break this up into base-game and War of the Chosen posts because War of the Chosen's impact on Psi Operative skill considerations is fairly low. You have more pressure to send them out into missions before they're more or less fully trained, and a couple skills become less uniquely valuable, but overall there's not much difference for Psi Operatives.

SPARK Analysis. As far as I'm aware, SPARKs being all-caps doesn't mean anything. Like with Psi Operatives, this wasn't split into two posts because War of the Chosen's changes have little impact on SPARK skill considerations.

Training Center analysis. Like the Advanced Warfare Center post, this is specifically about bonus skills, and by extension Combat Intelligence. It doesn't touch on Bonds or retraining. Bonds is another, later post.

Resistance Class intro. In which I talk about the Resistance classes as a whole, covering how weird they are compared to the old classes, such as their different Ability Point gains. I also talk some about how XCOM 2 may be setting up for XCOM 3 to parallel Apocalypse's thematics and strategic gameplay shape.

Reaper class analysis. I also touch on some additional basics of Resistance class design, like their armor mechanics, as well as some of the obvious influences on Reaper aesthetics and narrative elements.

Skirmisher class analysis. This touches on a pretty wide range of thematic and narrative decisions at the end, in addition to covering the Skirmisher as a mechanical class.

Templar class analysis. I also touch some on worldbuilding and hints of what XCOM 3 might be like, as Templar have a surprising number of elements of relevance to such, as well as a bit of what things used to be like.

Guerrilla Tactics School analysis. Because a decent amount of class stuff is locked inside it.

War of the Chosen Sharpshooter analysis. Hooray for making the worst class much more competitive!

War of the Chosen Ranger analysis. Hooray for making the overpowered class much less ridiculous! I also touch briefly on the pod alertness mechanic.

War of the Chosen Grenadier analysis. The class that least benefits from War of the Chosen, and also an extended discussion on hard targets vs soft targets and how classes are tuned on that continuum.

War of the Chosen Specialist analysis. In which I also delve deeper into hack mechanics, the dynamics of medical specialization in this game and the prior game, and just generally cover some pretty major topics above and beyond the class itself.

All that gear you put on your soldiers.

Weapon Attachments analysis. The game calls these 'upgrades', which I find unnecessarily confusing. hence the different name here. In any event, it's a nifty little system that could've been done a lot better.

Armor analysis. I cover a lot of stuff here above and beyond the armors themselves, because there's so much bizarre stuff connected to the armors.

Primary weapons part 1. This covers Rifles and Shotguns, as well as the actual mechanics of damage, including how weird crit chance is in XCOM 2, plus weapon range mechanics for the short and medium range categories of player weapons. I also talk about a lot of stuff involving the intersection of narrative and gameplay and how XCOM 2 could've handled those so much better so very easily.

Primary weapons part 2. Covers all the rest of the primary weapons, including SPARK cannons and War of the Chosen's new gear: having already covered a lot of groundwork in the prior post, there's not a lot to say that isn't about the individual weapon types. I do also cover the long range weapon type, as well as Vektor Rifle's having a unique range type.

The other secondary weapons. The Psi Amp aesthetics are particularly intriguing.

Experimental Ammo analysis. I quite like Ammo types as a concept, even if the tuning is strangely bad in the base game and still could've been better into War of the Chosen. I'm impressed they got the tuning better in War of the Chosen, though, given they didn't modify the Ammo Items themselves at all!

Experimental Grenades analysis. I also delve into cloud mechanics here, including fire's mechanics, which are like Acid and Poison clouds but with significant differences.

Experimental Armors analysis. I also delve into the missed opportunities in terms of how Ammo and Vest Items could have been designed.

Heavy Weapons analysis. Why is the Hellfire Projector so bad?

DLC gear analysis. Primarily the Alien Hunters gear, but I do touch on the Tactical Legacy Pack gear as well. Note that SPARK gear isn't in here, being in the weapons and armor  posts.

Chosen loot analysis. Naturally, I touch upon the Chosen a little bit here, but I also discuss briefly how nice it is that War of the Chosen made your support staff able to be incorrect in their beliefs.

Stuff to do with the Geoscape, as well as some more broad things like difficulty levels.

Base-game Dark Events analysis. I also discuss what I thought Dark Events would be, which would've been a very cool system.

War of the Chosen Dark Events analysis. I also discuss a different possibility for how Dark Events could have been.

Advanced Options analysis. AKA 'War of the Chosen brought back Second Wave'. It's a bit limited, but some of the options are nice to have.

Soldier Bonds analysis. AKA battlefield marriage. Could be better, but a cool system for sure.

Covert Ops analysis. There is a lot covered in this post. Covert Ops is a big, ambitious system!

Breakthroughs analysis. Breakthroughs are a cool idea, one that has a nice impact even with the execution being a bit lackluster.

Fatigue analysis. One of War of the Chosen's most fantastic, well-tuned new systems, doing a shocking amount to change the game for the better in spite of relatively little direct impact on the tactical layer. Also one of its most opaque systems, with no in-game explanation; if you only read one post from this list, it should be this one.

Difficulty level analysis. Particularly focused on Legendary, as it's a very different game. I also touch pretty heavily on the game invisibly cheating for you, and how to disable it.

Skirmisher Resistance Orders analysis. I particularly delve into the narrative good Double Agent does, breaking from narratively problematic trends in a crucial way.

Templar Resistance Orders analysis. I also touch on injury recovery mechanics in some detail here, as well as delving a little into Legendary seeming to be War of the Chosen's intended experience.

Chosen strategic layer analysis. Knowledge, monthly actions, and Knowledge tier. A system that could've been better, but still has a decent amount of meat on its bones.
Enemies
Mostly by individual enemy, though I also cover overarching enemy mechanics at various points.
Overall intro to enemies. Mostly covering some of the subtle differences and their implications between how things worked broadly in Enemy Within vs how they work broadly in XCOM 2. Pods behave very differently when activating, for example.
ADVENT Trooper. Your mook enemy you encounter in huge numbers, particularly in the base game where they make up something crazy like a quarter of all enemies fought over the entire game. Well, before the final mission, anyway. I also touch on the general concept of tiers, since that's an ADVENT-specific concept.
ADVENT Officer. The most iconic pod leader. I also talk a lot about general AI priorities and behaviors, and go over reinforcement mechanics, including how they've changed in War of the Chosen.
Sectoid. The other early game pod leader, and one of the best-designed enemies of the game in myriad ways.
The Lost. Stereotypical apocalypse zombies, and yet somehow an extremely healthy, helpful addition to the game, albeit one that can be pretty frustrating to actually interact with.
ADVENT Stun Lancer. The most basic melee enemy of the game, and quite possibly the first one you'll encounter. In the base game, at least. Also probably the most frustrating melee enemy of the game, particularly in the base game.
Faceless. Your first Retaliation-exclusive enemy, and pretty unique in its role. I also discuss Retaliation missions in some detail, as well as civilian mechanics, including touching on some of their behavior outside Retaliation missions.
Purifier. Early War of the Chosen content, Purifiers are here to spray flames and toss fiery grenades. The latter is generally more worrying than the former.
ADVENT Priest. More early War of the Chosen content, and a bit of a mess. Definite positives to their design, but also a mess.
Viper. One of the weaker, more confusingly-designed elements of the base game, on multiple levels.
ADVENT Turret. Interesting from the perspective of looking under the hood of the game, unfortunately not so interesting to fight.