I went into Shadow Warrior Classic Redux pretty much expecting a Doom derivative with worse gameplay and even more crass humor. And also an Asian theme, in all its old-timey (ie the 90s) cringey glory.

The game actually surprised me, though.

Oh, in a broad sense my expectations were correct. There is more crass humor than in Doom, but overall less than I was expecting, and the actual 'shooting enemies to death' end of things overall is less well-executed than Doom. You've got a similar range of similar weapon ideas (eg the Riot Gun is basically Doom's Shotgun, in terms of a short-range weapon that fire many shots with poor accuracy), and their balance against each other is overall worse.

Where Doom is an almost survival-horror cover shooter sort of game where the nuance of the game comes from managing resources and making judgment calls about whether to use one of your more powerful weapons or not in a given situation and the actual fighting frequently involves using terrain to protect yourself with levels being very straightforward, Shadow Warrior is actually more of a puzzler that happens to be shambling about in a typical shooter body. In Doom, keycards/skulls mostly serve as a way to make levels slightly more interesting than a linear corridor while still demanding you engage with a reasonably-sized portion of the level. In Shadow Warrior, you need to explore. You need to study your environment, look for destructible walls, notice vents and other crawlspaces, and pay attention for objects you can interact with to open doors or otherwise change your environment.

It'd be nice if the combat was better-executed, as there's not a lot of replay value given that the main interesting element of the game is solving the puzzle a level represents and this isn't affected by difficulty, but it's serviceable enough if you treat it as a secondary part of the game and the puzzler elements as the primary point of the game. Indeed, if combat was too engaging it would actually be a bit frustrating to be having to bounce back and forth between Serious Combat Mode and Serious Puzzle-Solving Mode.

But it's not a lethal problem the way it would be in some other, more combat-focused shooter.

There are some legit neat ideas here and there when it comes to combat, with probably my favorite being the suicide bomber enemy which releases a hostile ghost a few seconds after its death... unless you killed it with explosives, in which case there's no body for the ghost to pull itself out of, problem solved preemptively. It's a nice twist on the utility of Big Boom weapons, and it creates some interesting situations, particularly when encountering the enemy in closed-in environments: do you try to back off and catch them with explosives, risking hurting yourself in the process if you mis-estimate the explosion radius, or do you back off slightly less (They produce an explosion when killed) and try to gun them down, accepting that you'll also have to kill the ghost?

The Asian theme is about as cringe-y as I was expecting, though, and I'm not entirely sure what the goal behind it was beyond enabling language-based crude humor. There's a few genuinely nice images pulled out of the thing, such as the yin-yang symbol with a bleeding bullethole as one of the dots, but mostly the game doesn't do much with it. It's just there, as part of the background.

On a related note, the plot, is, uh. It exists? If you don't read the manual or Wikipedia page or whatever, the plot is quite barebones. There's a company called Zilla, led by a man called Zilla, and you're... um... well, you eventually kill him? The ghosts and demons and whatnot that make up your enemies are also treated as uninteresting background noise as a result, making it difficult to parse what's supposed to be up with them.

That's for the first set of campaigns, by the way. The 'Wanton Destruction' campaign is even vaguer, which is unfortunate since it went through the effort of producing new graphics and sound sets for some enemies and then didn't give any kind of context for them, while the 'Twin Dragon' campaign is... apparently about fighting an evil twin or something? It's never really spelled out by the campaign itself, and all you've really got is that the final boss continuously monotones 'there can only be one' when you fight him.

You shouldn't be buying the game for its story, is what I'm saying.

Still, if you're interested in an old-fashioned shooter with serviceable gunplay and a more puzzler approach to advancement -including occasional actual logic puzzles- and can get past the immature humor (Including naked pixel women, because this was made by the same people who made Duke Nukem. At least the third campaign has a number of them open fire on you if you attempt to hit on them, that's something), it's actually a decent game.

It's arguably more interesting as a historical note, though, as the Wikipedia entry notes that it's one of the first shooters to have vehicles you can drive, sticky grenades, and multiple firing modes on some of your weapons.
Labels: Game Review Shadow Warrior 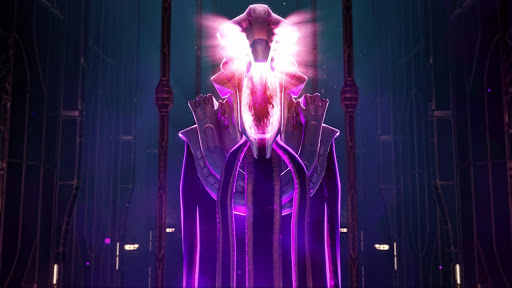 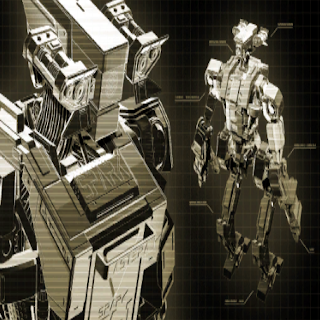