Where Brutal Legend could be said to succeed most clearly is its aesthetic. 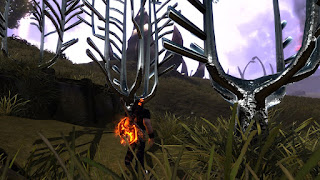 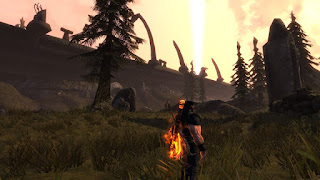 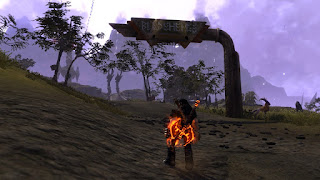 Massive stone highways melding an epic fantasy aesthetic with a more familiar sight to make something fantastical, with stone highway signs to match. 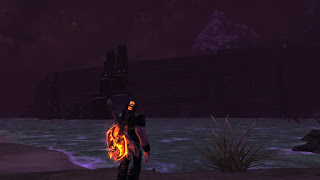 A mountain-scale wall of speakers. 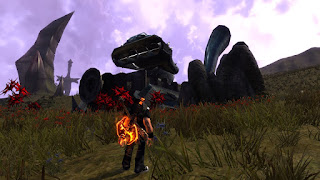 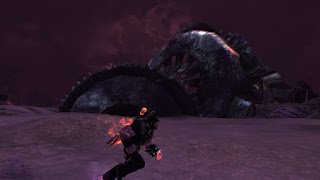 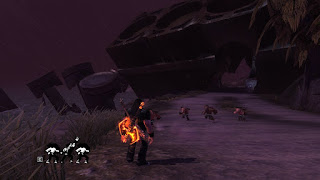 ... even more massive partially buried car engines, big enough for a small village to live inside. 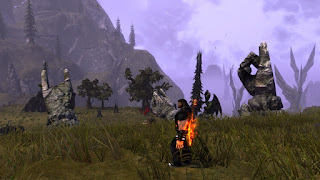 Fields of stones sprouting out the ground you don't pay any attention to... 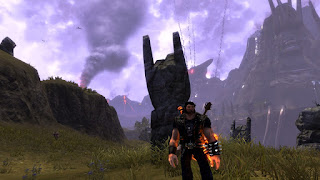 ... until you notice that they form hands making assorted rock-and-roll-related signs. 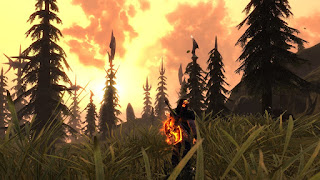 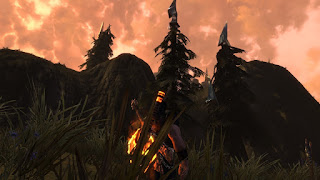 ... unless you look closer and see the tops form some kind of metallic blade. 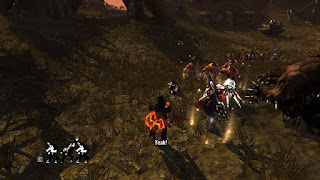 Spiders made of chrome that spin the best guitar strings of the land. 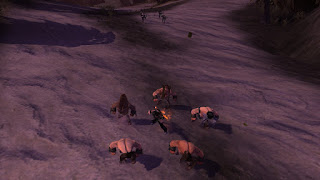 Headbanging being translated into a combat unit, with an appropriate appearance for such a bizarre concept. 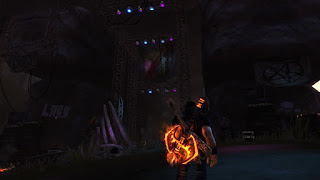 Stage lights and so on within fantasy cavern-esque environments. 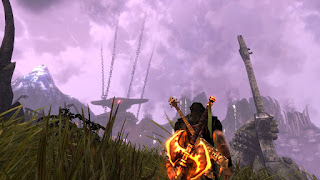 Chains reaching into the sky... and a stone hand grasping at a stone guitar. 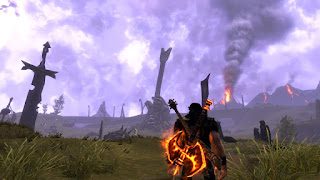 A more distant look at the stone guitar, and its more archetypically-fantasy surroundings.

Brutal Legend melds together rock and roll with swords-and-sorcery to create things that are visually striking and make a surprising amount of sense. The result is distinctive, unique, and manages to strike a lot of notes fantasy often strives for. Wandering the world of Brutal Legend leaves one feeling like you're wandering through fields once molded by beings vast and alien, with little to infer what and why but the oddities they've left behind. The rock and roll aesthetic often blends surprisingly naturally in; rarely does something seem jarringly out of place, and yet much of it is fresh and interesting, not something you'll have seen in some other game, or indeed probably not another piece of media period.

It fades a bit once you're done with the game's first act, but it never fully goes away. For one thing, it's built into the army aesthetics, such as how the Drowning Doom has goth sub-culture stuff meshed with assorted undead/mad science tropes.

It's really too bad the game got rushed, and that the gameplay is so fundamentally flawed. Brytal Legend is one of a handful of games whose visuals are compelling on their own .
Labels: Art Design Brutal Legend Game Design Game Review