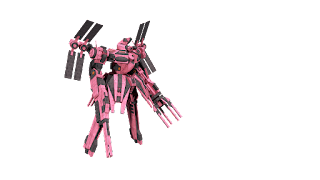 Your other support Ryder.

The overall less useful one, but you still need it. 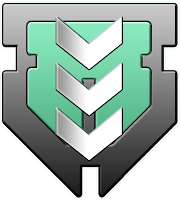 30 Energy per tile of movement.


Yes, the Bianca is as awkward to move as the Sunrider is.

Like the Liberty and Sunrider, getting to 120 total Energy is a good mid-term goal for increasing the Bianca's performance, an optimal point for improving its ability to spit out special abilities and making movement less wasteful.

The Bianca is even more fragile than the Liberty, but is even less likely to be getting shot at so it rarely matters. Grabbing an HP upgrade or two might give you more peace of mind, but it's honestly probably not necessary. Cheap enough it doesn't necessarily meaningfully cost you anything once you're in the mid-late game, though, so hey, it's up to you.

This is the big thing about acquiring the Bianca. Once you get it and the Liberty's shield range extended to 2, suddenly your entire fleet has 70% reduction against laser weaponry. Upgrade each of their Shield values twice -which isn't pricey by endgame standards- and suddenly you've got 90% reduction against laser weaponry. Until hackers start hitting the field, lasers cease to be a problem -and for a good chunk of the game, the majority of Ryder fire will be either lasers or missiles, so that's a pretty big deal.

Said Ryders will tend to elect to close to Assault range on your forces, but this is a good thing. For one thing, it helps give the Phoenix stuff to do -spray 'em down with Assault weaponry, maybe get in the occasional Melee hit. For another, the majority of your units will laugh off Assault weaponry unless fairly serious damage manages to get through to them, so it mostly just makes the Ryders easier to hit at that point. Win-win.

4 Armor is uncomfortably low. While enemies will almost never take shots at the Bianca, if they do even Assault weaponry can do alarming amounts of damage right away.

This is one thing to keep in mind in relation to the tendency of enemy Ryders to close to Assault once your shield bubble reaches the point I just outlined. If you're careless, you may actually lose the Bianca to Assault fire, and then suddenly laser spam will resume. Again, the AI will almost never target the Bianca, even under those conditions, but in the late game it might be worth bumping up the Bianca's Armor a point or two just in case. I never bothered, but you might find it helpful.

A point of note: the Bianca is unique, and can perform attacks of opportunity on enemies with its Kinetic cannon, in spite of lacking a Flak rating and lacking an Assault weapon.

This isn't actually very useful, mind, as we'll be seeing in a moment, but it's a quality unique to the Bianca regardless. There's not even any weirdo unique enemies that can replicate the feat.

This incidentally means the Bianca is the only unit in the game whose attacks of opportunity cannot be disabled by hitting it with Flak Down. Again, doesn't really matter... but it's kinda a neat bit of trivia?

Same evasion as the Liberty. Ideally enemies won't have their attention drawn to the Bianca in the first place, but this is high enough it's not that unusual for the Bianca to eg dodge an incoming Laser shot.

Costs a little bit less than the Sunrider's Kinetic cannons, but does less than 66% of the damage and has markedly worse aim. The Bianca rarely has reason to try to fire its cannon, and can only realistically expect to hit close capital ships or really close Ryders... and even point-blank, Ryders will still tend to dodge.

Occasionally you'll be in a situation where you have literally nothing better to do with the Bianca's Energy so you might as well take the shot, though. Not often, but occasionally.

It's probably not worth it to put any money into upgrading it, though. Certainly not any more than a handful of upgrades, the degree that costs nearly nothing by endgame standards.

Aim Down will tend, when you first get the Bianca, to be a preferred way of burning its Energy. Its other options are all expensive and limited in their effectiveness, while spamming Aim Down at enemies tilts the odds a little bit in your favor.

More usefully, it also manipulates AI behavior. Capital ships that decide they want to close and use their cannons on you will, after being hit with Aim Down, close 1-2 tiles more than usual before being willing to attempt cannon fire. This can be quite useful if you're hoping to bring your own cannons to bear on the enemy without worrying so much about being hit by their cannons.

Later in the game, as upgrades climb and features like being able to teleport the Sunrider around become available, this AI manipulation becomes less important, but it can be a pretty big deal for a bit.

Just about worthless. 60 Energy for a 20% damage improvement that only lasts 2 turns would be questionable all by itself, but All Forward has the exact same effect, lasts for 5 turns, does not stack, and instead of burning precious Energy burns Command Points, which aren't very valuable once you're past the early to midgame. Unless you find yourself in a situation where an ally is not benefiting from All Forward, where it is not expedient to use All Forward on that turn, and you are confident the additional damage will tilt that ally over a crucial number such that a target will die that otherwise would not -or die one attack quicker, either/or- Attack Up has no reason to be used at all.

I don't get why it's so expensive in the first place, honestly. Even if All Forward wasn't a thing to render it obsolete before you even get the Bianca, it would be difficult to justify the Energy expenditure very often. If it were 30 Energy it would still be limited, but I'd occasionally break it out to eg support the Seraphim after an Awaken.

Before being upgraded, Gravity is a really, really dubious use of the Bianca's Energy. This is partly because neither of the allies it works best with have arrived yet, and partly because you're trading the option of 3 Aim Downs or 2 and one move for a Gravity and one Aim Down or a move and a Gravity. It's not an efficient trade.

Once Gravity is made cheaper, though, it's a shockingly versatile move. You can drag enemies out of Flak zones and tear them apart with missiles, pull enemies out from under shielding so your lasers can go to town, push problematic Ryders away so they take longer to have a chance of hitting your units, drag allied Ryders forward with the fleet so they can concentrate all of their Energy into combat without slowing the fleet down or being left behind, vulnerable without shields, and drag particularly close enemies right into your own forces' guns.

This last point in particular does a surprising amount to make up for the Bianca's own difficulties dishing out damage and otherwise lackluster support options. By dragging a Ryder toward your units, you may well kill it outright with the reaction fire. Attacks of opportunity are completely free, so the only cost on your part is the Energy burned on Gravity; if you trigger 2 or even 3 attacks of opportunity on an enemy, you may be effectively paying 40 Energy for 60+ Energy worth of attacks!

This also finally gives Melee a tiny bit of viability. Instead of the Phoenix needing to range out to enemies and usually either burn Energy on Stealth or have the Liberty burn Energy on a Flak Off, and let's not even get into how futile trying to go on the offense with the Blackjack's Melee is, you can pull a particularly close enemy in and if they're armored enough to shrug off Assault weaponry take them out -or at least soften them up- with Melee. This is vastly more Energy-efficient than trying to head your Melee Ryders out toward the enemy for Melee attacks, and actually becomes fairly relevant in the late game when Ryders tough enough to shrug off Assault weaponry start becoming normal and also you've hopefully gotten your shield bubble going so that the AI wants to close with your forces for its own reasons.

Prior to the Energy cost-down upgrade being purchased, the Liberty is basically just there for the Shields and to... be pink. With the cost-down? It's actually a very versatile and useful part of your army, which is a big part of why getting to 120 Energy is worth pursuing with the Bianca. Triple Gravity!

One final bit of weird utility; when selecting where to move a unit to, the game will show you the Energy cost of movement for the unit in question. It's not terribly important, but it's kind of neat, and it can head off a nasty surprise in the late game where a new Ryder is much faster than you were expecting.

Energy: 40. Purges an ally of all negative status effects. The target must be within 3 tiles.

Restore is essential if you're getting hacked, which comes with the caveat that ideally you're killing or Disabling hackers before they get a chance to do anything. And also the caveat that using Restore is only a partial answer, since a hacker knocking out all your shields still leads to an entire turn of unhindered laser fire on your forces, while a hacker halving energy generation still gets a turn of your unit's energy generation being halved even if you purge it immediately, and a hacker wiping Flak out still means the enemy gets more Missiles through your forces on that turn.

I'd have liked for the Bianca to do something a bit more proactive, or directly reactive. Automatically countering hack attempts if she has the Energy and the ally is in range, for example, or setting a counter-hack buff that blocks a hack once and then goes away. Something of that sort. Currently, enemy hackers are too dangerous to even be allowed to act, and Restore is an inadequate salve if you're not able to pull that off.

In actuality, the Bianca is... pretty awkward of a unit. I love Gravity, don't get me wrong, but that and its Shield access are really all it brings to the table. Aim Down is somewhat useful, but is mostly filler while you're waiting for Gravity to be useful. It's far more normal for me to slip in a useful Laser shot from the Liberty than to slip in a useful Kinetic shot from the Bianca.

I'm really curious if Liberation Day bothered to rebalance the Bianca. It needs it pretty desperately, and more so than the Liberty it particularly needs internal modifications. The Liberty could be helped along a fair amount just by having missions designed differently and whatnot. Not so much for the Bianca; even Damage Up's terribleness is an innate quality, with All Forward just cementing its awfulness.

Next time, we cover the Seraphim. It's another giant robot.
Labels: Analysis Game Design Sunrider: Mask of Arcadius